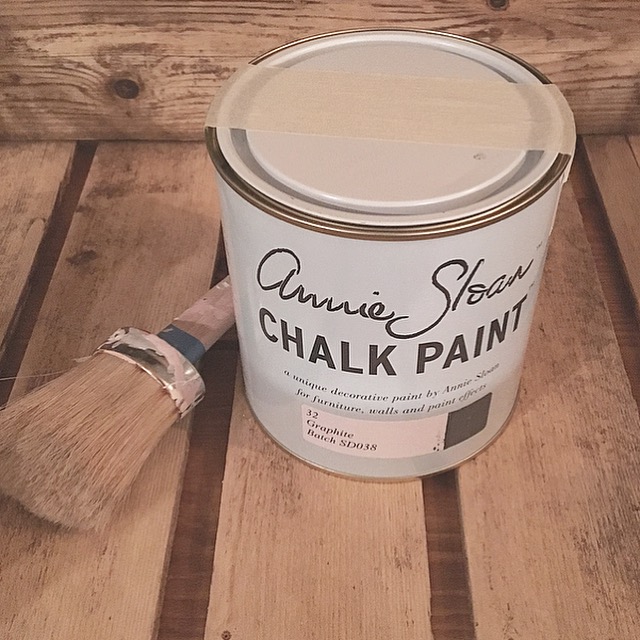 This is a DIY job I’ve been drudging my way towards for a too long. We’ve had a chalk wall in the kitchen-diner for a about 6 years. We flirted with a pale blue one for a bit of a change when I was pregnant, but I missed our chalk wall too much and realising I told practically eveyone who came round and commented on our interior that we ‘used to have a whole chalk board wall here’, basically we needed it back. We love it.

So there have been a couple of patches where we’ve taken some speakers down (I evidently painted it in a hurry and didn’t think to go behind these) and then there was the Christmas mistake.

I got some beautiful white chalk pencils from Father Christmas and thought it was the answer to all ‘not being able to write neatly in stubby chalk’ issues. So I scrawled some Christmas carols on the wall, not particularly neatly, not even necessarily the right words even. Then after Christmas I went to clear it and it stayed completely put. Oh. Ok then.

So, I’ve needed to paint over. It’s never the most inspiring job. I’m not good at prep work or anything that doesn’t have the instantaneous wow factor of a big change. So that’s why it’s stayed Christmas on our walls until February.

I decided to opt for the Annie Sloan chalk paint this time, rather than the traditional chalk board paint and actually I’ve rather loved it and had a much better afternoon of DIY than expected. I bought a pot of ‘Graphite’ – which is basically the chalkboard black but I mixed it into an almost finished pot of the Annie Sloan ‘Old White’. I was advised to water the paint down to use on walls so that did make the paining quicker (although a fair bit splattier too) and applied it with a small roller. I always use the radiator rollers to avoid too much arm ache. I found it went on black but dried fairly quickly as a lovely matt charcoal grey. The whole wall took me about an hour to do… and then task over. Time for a bubble bath. 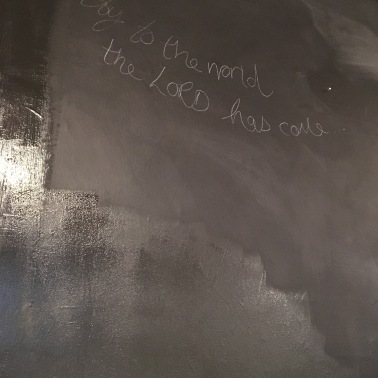 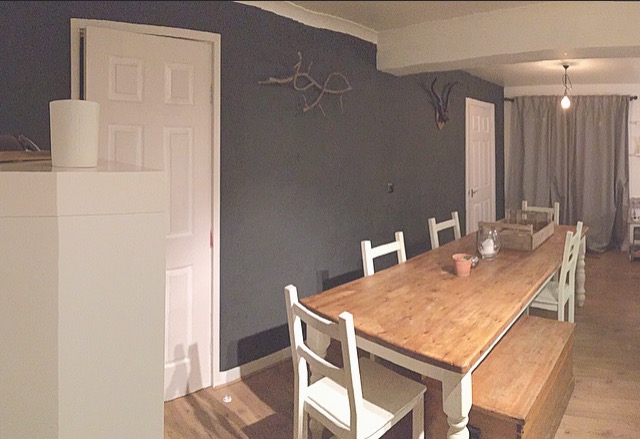 I promise the last image shows a wonky panoramic picture and not wonky walls or wonky paining!

All ready to use bog standard, non permanent chalk to cover it with hearts and love things for valentines day.